A downloadable game for Windows

Ikai is a first-person psychological horror game drawing inspiration from Japanese folklore. Live the horror by the hand of its defining yokai and submerge into the superstitions of the past driven by a unique story and exploration.

Ikai embodies the spirit of the classical psychological horror genre with a defenseless main character incapable of attacking the evil creatures. However, it explores a new sense of horror by making the player face the threats directly neither fleeing nor attacking.

Every mechanic of the game is meant to raise this relatable feeling of helplessness and create a tense atmosphere. The slow, precise and natural movements as a way of interaction resemble real life’s to foster immersion in the uncanny world of Ikai.

In order to download this game you must purchase it at or above the minimum price of $14.99 USD. You will get access to the following files:

Games Do Titio93 days ago
Reply
sikipio96 days ago (1 edit)

The graphics were very beautiful. The design of the monsters was scary and the sounds were startling. It was very interesting.

I was delighted to see a very well-researched study of Japanese yokai.

It must have been difficult.

I'm so ready for spider mommy

Reply
Meeka Nomicon251 days ago
The game was fun, although it did feel a little short, I managed to complete it in around two hours, though I messed up on a lot of the Seals and did get stuck on the door puzzle where you have to draw the missing shape for about half an hour. Managed to work it out, though it stumped me for a while.

The game was visually great, and I liked that you managed to get such a diverse range of Yokai into the game, some of them were really creepy. Especially in those moments you had to sit down and draw the seals. I felt like I was always in danger.

Still it was fun to play the game, and it was great that there was such a range of tasks that you had to do in the game, rather than just running away from monsters. 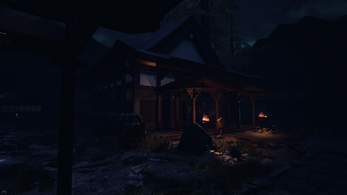 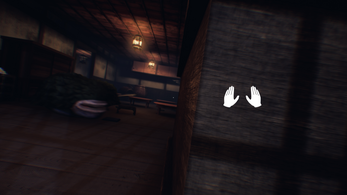 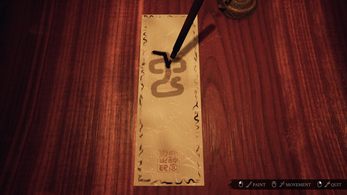 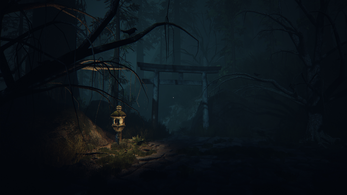